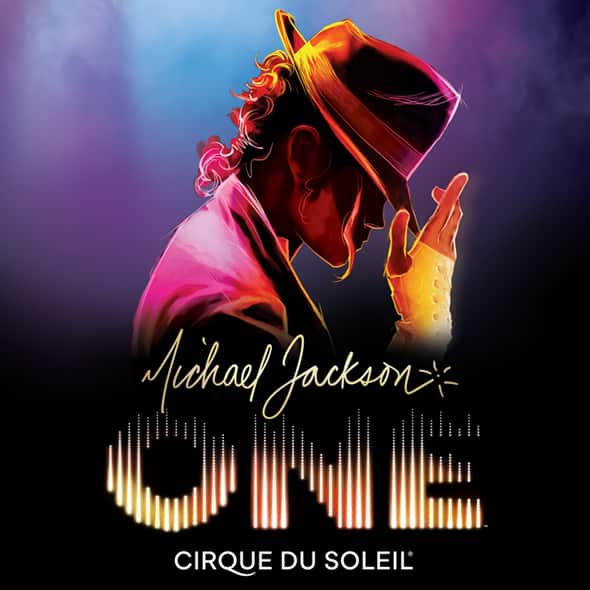 If you are crazy about Michael Jackson, the show “Michael Jackson ONE” by Cirque du Soleil in the “Mandalay Bay” – especially for you! Produced by the King of Pop and appeared on stage in Las Vegas in May 2013, a theatrical embodiment of the great genius is full of his style, his humor, music, and talented heroes of the bright powerful creative world created by Michael Jackson in the history of his performances.

Lac Vegas music show Michael Jackson Cirque du Soleil is a rock platform from which during 90 minutes Michael Jackson songs will be played. You will see excerpts from videos, movies and, of course, will perform stunning dance and acrobatics. The audience will hear the Michael Jackson hits and will be able to watch the fifty dancers, musicians, and artists who will try as much as possible to unlock the secrets of the world’s greatest pop idol. The most popular elements of the dance of Michael will be used in the Cirque du Soleil – moonwalk and 45-degree tilt.

This music show only distantly reminds the circus performance. It is more similar to a dance show. Fifty acrobats amaze the audience, not by breathtaking tricks. They amaze by trademark moves of the King of Pop. At this time Michael Jackson is being as if he is watching the scene. Screens, which have the size of a basketball court, broadcast his foto. It makes a very realistic effect of presence. The audience may even hear the sound of how the singer snaps his fingers to the beat of familiar melodies, join in singing and dance.

Acts set to “Bad,” “Smooth Criminal” and “Billie Jean” combine Cirque du Soleil’s acrobatic strengths, stunning visual work, Jackson’s dance and music, to create a synthesis that pays tribute to Jackson’s amazing artistic performances. While numbers performed to “Human Nature,” “They Don’t Care About Us,” “Planet Earth / Earth Song” and “Man in the Mirror,” best capture the spirit of Jackson’s philosophy that “We’re all one.”
Other memorable songs including “Beat It,” “Wanna Be Startin’ Somethin,” “Dirty Diana,” “The Way You Make Me Feel,” “Thriller,” “Black or White” and more (roughly 30) are presented. 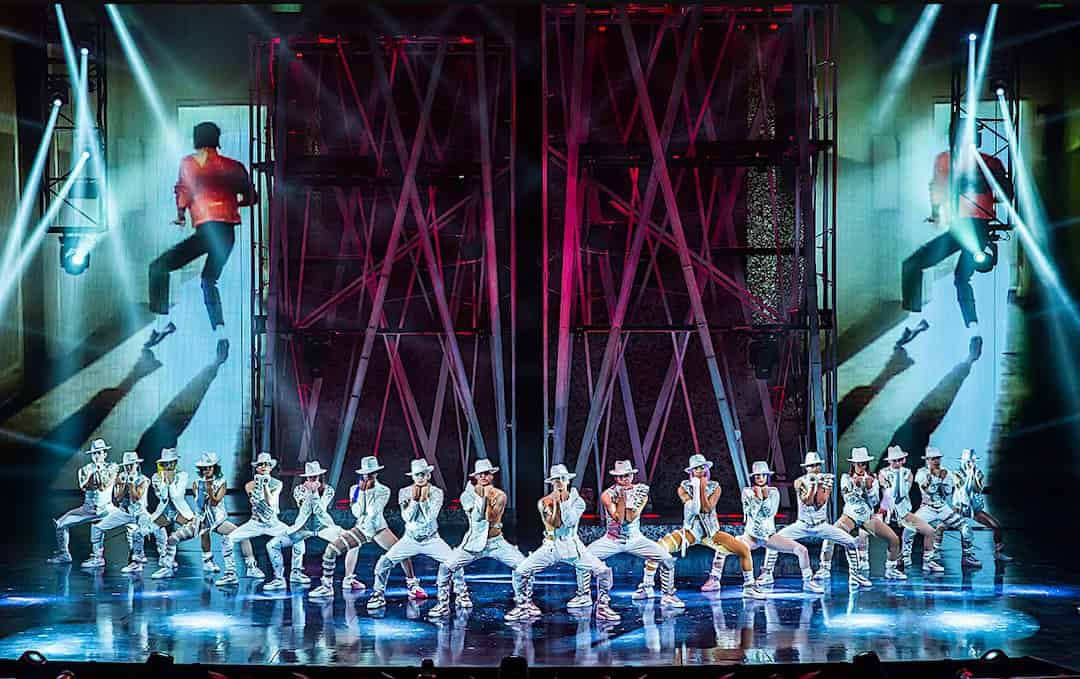 A weighty contribution to the unique project of Michael Jackson THE IMMORTAL made many people who knew Michael for many years. One of the dancers Danzheros in the 90s – Jamie King – became director of tribute performances. Music Director Gregory Fillingeys helped to create practically of Jackson’s albums, including the latest “Michael” project. The costumes for artists were created by Zaldy Goko, a talented New York designer, who once helped Jackson find his unique stage persona. Also he drummer Jonathan Moffett took part in the concert, he performed in the same team with Michael for as long as 30 years.

Creating the show could not be finished without the help of a musician family. Relatives of Maila await a new production of no less than thousands of fans of the King. As Jackie Jackson said, “the union between Cirque du Soleil and Michael was predetermined in heaven.” It is no surprise many when Cirque du Soleil offered him help in the creation of performances. After all, the famous King of Pop did not miss a single show Circus.

Michael Jackson was a fan of Cirque du Soleil, so he’d be happy to see the company brought more of its own magic back for its second tribute to him. “Michael Jackson One,” the permanent show that will stay at Mandalay Bay, carries forth all the sound and fury of the arena tour “The Immortal.” But about a half-hour in, there comes a moment that reminds us how Cirque at its best will charm as well as dazzle us.

This show is truly out-of-this-world! The special effects are just incredible. The outfits, the story, the sound, the lights, the dancing was all phenomenal. “Michael Jackson ONE” – this is one show that you must see. Not only was the music so nostalgically enjoyable. The acrobatics, athleticism, dancing, and special effects were superb! There was always something in the performance stimulating you aesthetically, mentally, emotionally, etc. Some parts of the performance were truly unbelievable! 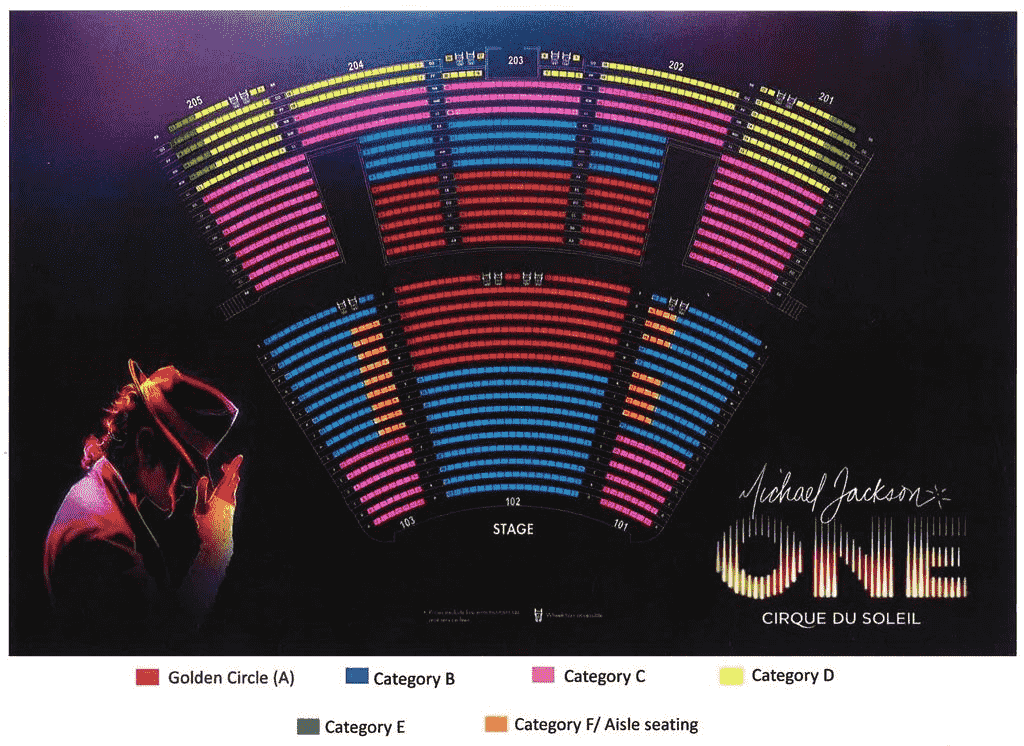 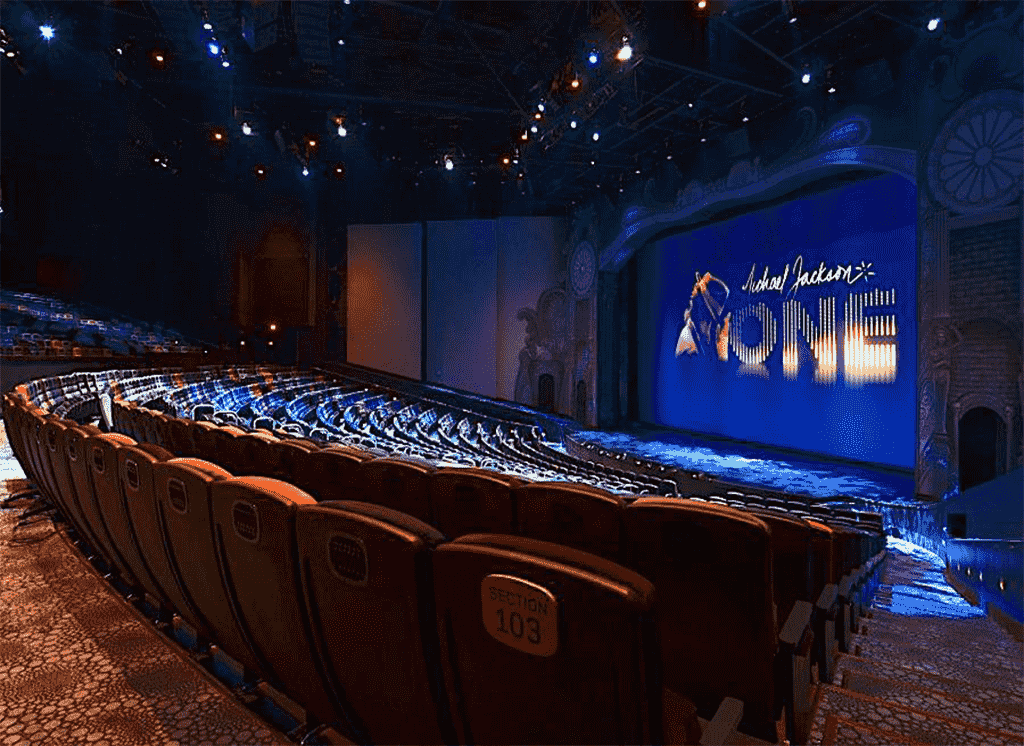